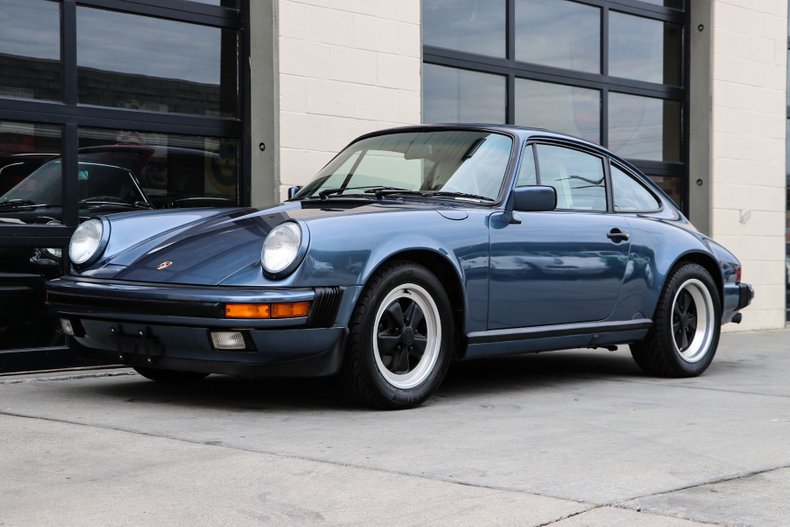 Mechanically, a powerful 3.2L flat-six engine (M930/25) producing 217HP with a smooth-shifting 915 manual G50 5-speed transmission (G50/01) that runs and drives as it should. An excellent example of an H-series with the coveted G50 transmission.

History
When all was said and done the model 911 3.2 Carrera did not disappoint. It not only lived up to the standards set by the model 911SC that it replaced, but it also exceeded all expectations. Now a much sought-after classic car for Porsche enthusiasts, the model 911 3.2 Carrera was the last version of the original 911 series. The model 911's produced after 1989 all came with completely new exterior styling as well as new brake, suspension, and electronic technology. You could say the 3.2 Carrera was a grand finale of sorts, but it was certainly not the end of the road for the 911.