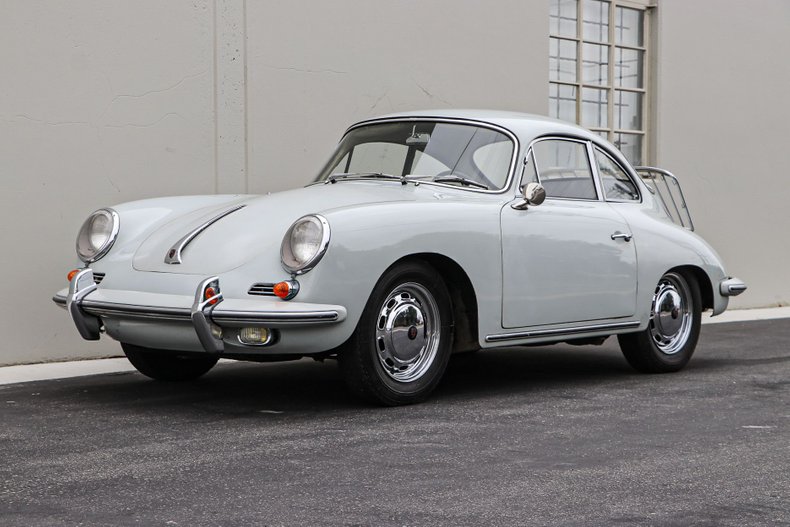 Highly original survivors such as this lovely 1965 Porsche 356C Coupe don't come along very often. This car was built in January 1965 and painted Dolphin Grey and fitted with a black interior. It was sold new by Ricketts Motors of Long Beach, California to a local resident. The original service book still accompanies the car after all of these years and is a wonderful piece of history as it documents the original selling dealer, first owner, engine number and the first several years of services.

The second owner, a resident of Costa Mesa, purchased this car in 1978 and kept it until his widow sold it to European Collectibles in 2019. During his ownership, he kept it in top mechanical condition with the aid of a very well-respected mechanic and did his best to preserve the originality. The Dolphin Grey paintwork is mostly original and looks very good for being so. The interior has had minimal repairs too and has a very nice patina. The car runs and drives very well - better than so than many fully restored cars that we come across. When compared to a restored car, this one is just so much more interesting.

Included in the sale is the original Porsche Service Book, Porsche Driver's Manual, spare and jack. This is a matching numbers 356C that has always been in California with just two owners from new.