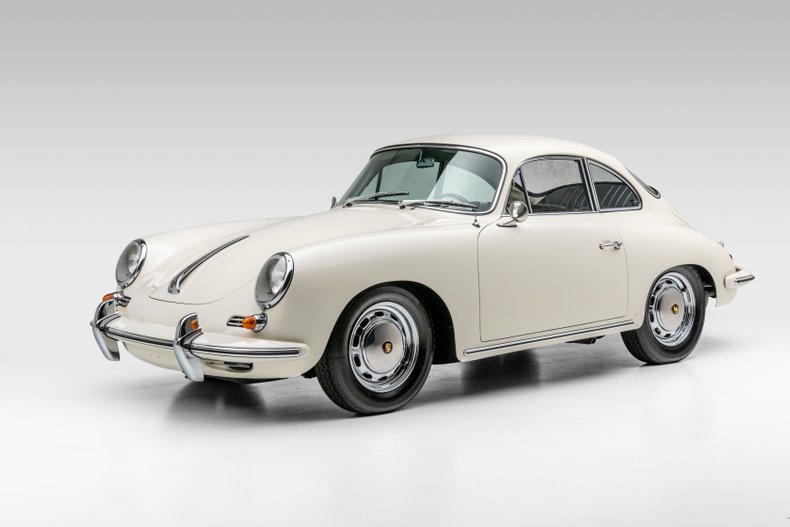 Originally delivered in Light Ivory with a Black Leatherette interior from the Porsche factory. Matching numbers per Certificate of Authenticity. Sold to past owner in April of 2015 who has shown this 356 in the Pacific Northwest over the past 5 years. Paul Risinger completed the restoration from 2006 to 2014. During the restoration, everything was addressed including engine, transmission, brakes, suspension, paint, chrome, rubber, and interior. Solid California 356 with rust-free floor pans & battery box, fully detailed to show condition.

Options include: Blaupunkt Frankfurt AM/FM Radio, two loudspeakers, antenna, and ventilated chrome wheels. Complete with tools, jack, owner manual, and Certificate of Authenticity from Porsche confirming matching numbers. Truly one of the BEST 356 C Coupes that you will find. Everything has been done, finished in a beautiful color combination. Truly a dream to drive!

The 356C holds a special place in Porsche history, not only as a sales success, but as an icon of one of the BEST 356's to drive with a classic automotive design. Motoring enthusiasts new to the classic car world are well served to acquire a “blue chip” Porsche such as this.

History
The 356 is a lightweight and nimble-handling rear-engine rear-wheel-drive 2-door sports car available in a hardtop coupé and open configurations. Engineering innovations continued during the years of manufacture, contributing to its motorsports success and popularity. However, when the T6 got disc brakes in 1964, with no other visible alterations, they called it the model C, or the SC. The last revision of the 356 was the 356C introduced for the 1964 and 1965 model year. It featured disc brakes all round and a more powerful 75 horsepower engine as the standard.