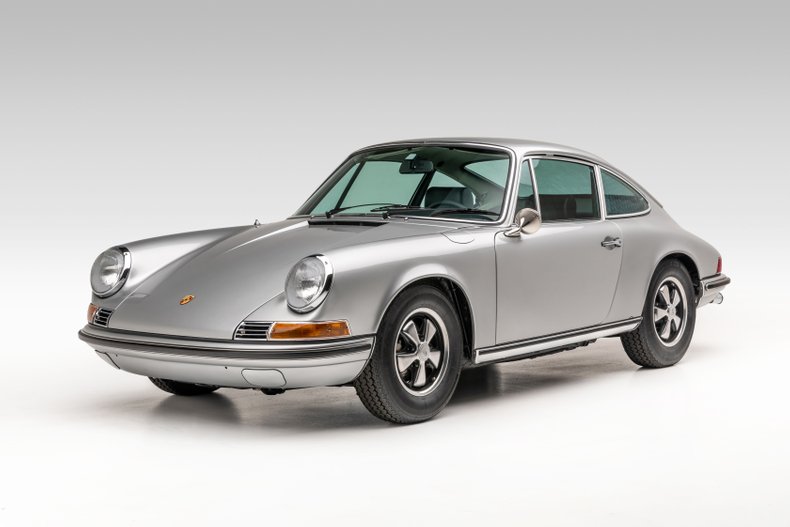 This beautifully restored 1971 Porsche 911T was completed in October 1970 and finished with Silver Metallic Paint and a Black Leatherette interior. Additional specifications include US Equipment, "Koni" Shock Absorbers, Comfort Equipment, Tinted Glass All Around, Light Metal Wheels - 5.5J x 14 and 185 HR 14 tires. It was sold when new in the Seattle, Washington area and remained there until 2014 when it was bought by an airline pilot from California. At the time of purchase, the car was complete, intact and very straight, but in need of restoration as it had been off the road the late 1990s. Once in California, the car was put into an airplane hangar in Corona where it sat for another few years until the restoration began. Over the next three years, the body was painted the original color, Silver Metallic, the matching numbers engine, transmission, and carburetors were rebuilt, the interior was expertly trimmed while the gauges restored and the wheels were refinished. In short, every item on the car was inspected, restored or replaced as needed and everything done under the watchful eye of the airline pilot/owner. I can only imagine how he annoyed the vendors with his precision, but the final result is an outstanding 911 that couldn't be duplicated for the asking price. Once completed, a few hundred miles of sorting and tuning were added to the odometer (which was reset during restoration).