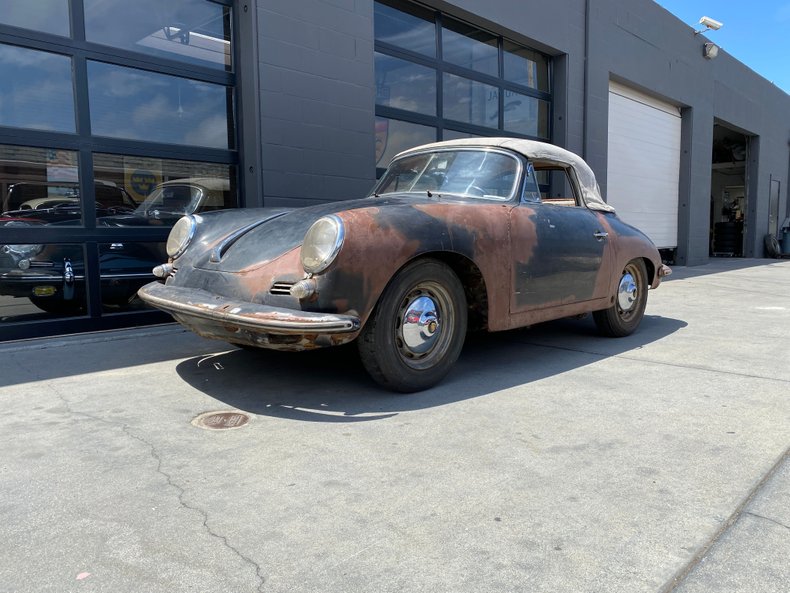 History: The 356 B T6 body was the last 356 body change until the end of production. It was introduced September 1961 for the 1962 to 1963 model year. It featured four-wheel ribbed drum brakes all around with better cooling, as well as three options of the 1600cc pushrod engine. The rear deck now had twin grills for better cooling of the engine, the front hood was squared off in the front and the fuel tank was changed to include an outside fuel fill with a fuel door. The best of all the 356 transmissions was the 741, which was like shifting threw butter with full synchromesh manual 4-speed and of course, the ZF steering box made the 356s a joy in the corners!