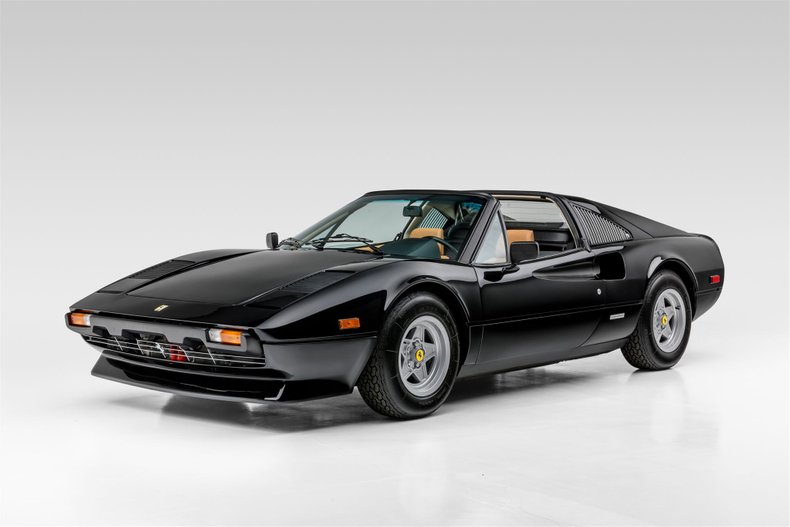 The third owner did a complete cosmetic restoration. The body was stripped to steel, completely prepped and repainted in Black. European bumpers were installed. The paint is in excellent condition overall. A completely new leather interior was done by Re-Originals in Houston, Texas with Connolly hides. Finished in Tan (Color 3218) installed in 2005 – 2006 made to order by the original supplier to Ferrari. Everything has been redone including the door panels, dash, headliner, rear panels, and 100% Italian wool carpets. In 2019, the current owner did an interior refresh including new Italian wool carpets, reupholstered the dashboard, interior pillars, and door panels. Simply stunning!

The second owner had the engine rebuilt by Bob Wallace in the early 2000s. A belt service and tune-up have been done in 2017. Four new Michelin XWX 205 70 VR 14 tires, Ferrari wheel caps, and valve stem covers were installed in November of 2018 as well as an oil and filter change in October of 2019. Mechanically this 308 is extremely well sorted and ready to enjoy!

The F106 AB V8 engine was equipped with four twin-choke Weber 40DCNF carburetors and single coil ignition. European versions produced 255 PS (188 kW; 252 bhp) at 6600 rpm (7700 rpm redline), but American versions were down to 240 PS (177 kW; 237 bhp) at 6,600 rpm due to emissions control devices. European specification cars used dry-sump lubrication. Cars destined to the Australian, Japanese, and US markets were fitted with a conventional wet sump engine from the GT4.

A notable aspect of the early 308 GTB was that, although still built by Carrozzeria Scaglietti, its bodywork was entirely made of glass-reinforced plastic (or GRP), allowing a very lightweight of 1,050 kg (2,315 lbs). This lasted until June 1977, when the 308 was switched to steel bodies, resulting in an overall weight increase of approximately 150 kg (331 lbs). Standard wheels were 5-spoke 14-inch alloy. 16-inch wheels were made available later as an option, together with the sports exhaust system, high compression pistons, and high lift camshaft.

At the 1977 Frankfurt Motor Show, the Targa topped 308 GTS was introduced. Independently from the market, all GTS used a wet sump engine and were steel-bodied. European GTB models retained the dry-sump lubrication until 1981.