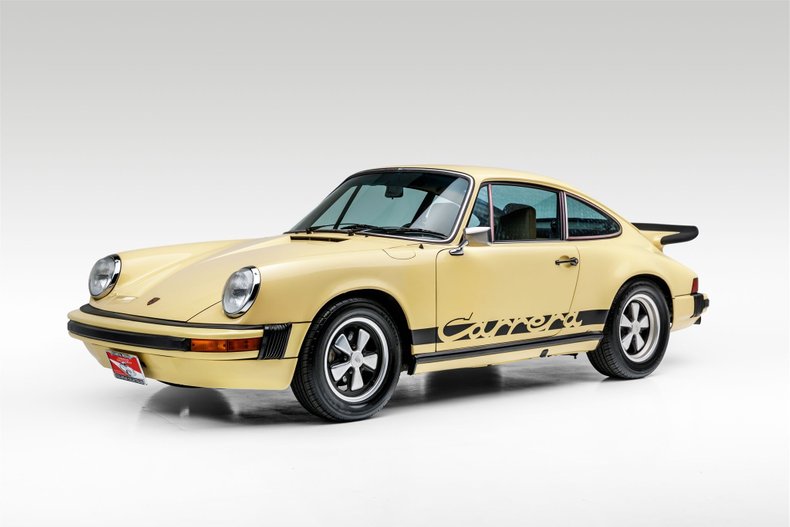 The “G” Series Model appeared in August 1973, continuing and ending production in July 1974. For the 1974 model year, the Carrera was available with the "ducktail" rear spoiler first introduced with the 1973 Carrera RS. In all the other markets, the ducktail was optional, except for the German market where the ducktail was been outlawed by the TÜV road homologation department. This led to the introduction of the whale tail rear spoiler, available as an option on the 1974-75 Carrera models, as well as the newly introduced Porsche 930 Turbo.

The most visible changes from 1973 to 1974 was the impact bumpers and the interior with new high-backed seats with integrated headrests. Suspension changes included a simple front anti-roll bar design and forged aluminum trailing arms at the rear. These models are sometimes considered by enthusiasts to be the most "classic" 911's. The Carrera name was reintroduced from the 356 Carrera, which had itself been named after Porsche's class victories in the Carrera Panamericana races in Mexico in the 1950s.

In the 1980s the 911 was purchased by Mr. Wolver, an attorney in the Los Angeles area. During Wolver's ownership over three decades, the Carrera was used sparingly only traveling 54,939 miles and was always garage kept. Services were completed at Autobahn West in Agoura Hills, Andial Porsche / Road & Racing in Santa Ana, and Rusnak Porsche in Thousand Oaks, California.

This is a California car finished in its original color combination of Sahara Beige (516) with Tan leather interior. The chrome, glass, exterior trim, and paintwork are in very good condition along with the gaps and panel fit. The interior is original with air condition that blows cold and a Blaupunkt RENO SQR 46 radio. The floor pans and front suspension are solid and rust-free.

The U.S. Carreras are true collectibles, and this is number 423 out of 528 Carrera Coupes built for the US market in 1974. Complete with service records from 1996-2018 with over 100 pages of documentation, owner's manual, spare tire, and a record booklet with handwritten records from 2011 to 2019. The US Carreras are a very desirable 911 collectible and becoming very rare to find!

The Carrera went from being a limited-production special to assuming the previous “S” role as the top-of-the-line performance model. All models have a larger 2.7 Liter engine. The Rest of the World (RoW) Carrera continued with 210 horsepower, mechanical fuel injection version that debuted in 1973, but the U.S. Carrera, to meet emissions standards, had the same 175-horsepower K-Jetronic version as the 911S. The base 911's 2.7-liter was fitted with the K-Jetronic fuel injection and developed 150 horsepower.