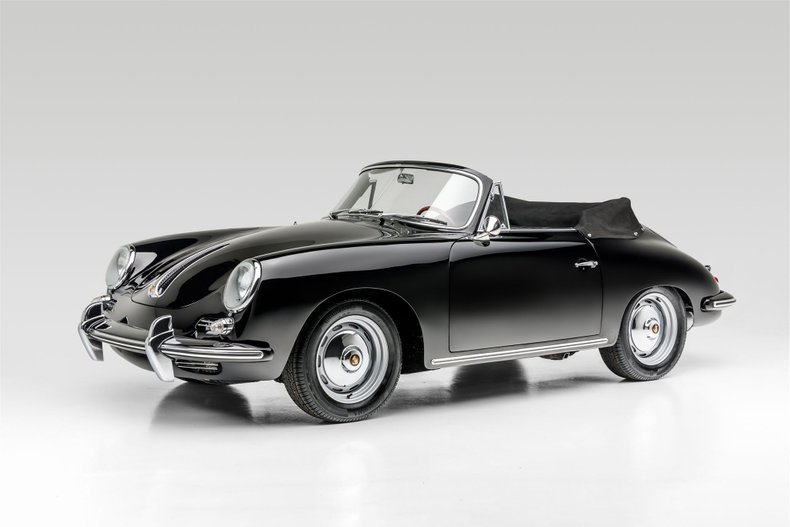 According to the Kardex, this Cabriolet was originally finished in Champagne Yellow (color code 6205) with a Black interior and Continental tires. The first owner was Albert Marx from Woodland Hills, California. Delivered by Competition Motors located in Culver City, California. They were one of seven Porsche distributors in the USA in the early 1960s.

This is a great running 356B Cabriolet with a strong 1600 Super engine (producing 75HP), smooth shifting 741 manual 4-speed transmission and four-wheel drum brakes. The paint is in very nice overall condition along with the interior. Options include VDM Carrera wood steering wheel, deluxe horn ring, correct German square weave carpets, and an AM/FM Blaupunkt radio. The front seats have also recently been upholstered with black leather faces. The undercarriage is solid and rust-free and has been detailed along with the suspension. The braking system has been completely rebuilt and the engine has been serviced by European Collectibles. It is becoming very difficult to find good 356 Cabriolets at a reasonable price. This is a great opportunity to purchase an open 356 at a reasonable entry-level price. Complete with Kardex, original Porsche keys, owner's manual, jack, and boot cover.