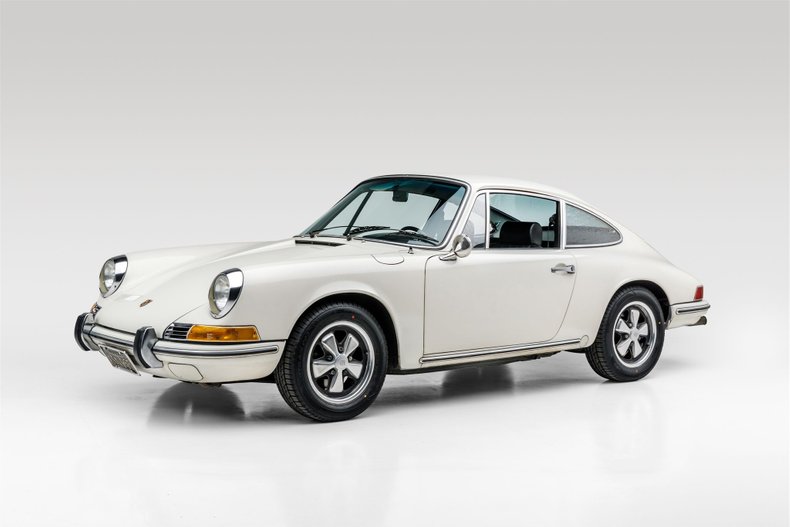 This 1969 Porsche 912 was purchased by the first owner, Mr. Freer of San Gabriel, CA from Porsche Cars Distributors Inc. in Culver City, CA on January 31, 1969 when odometer read 35 miles. It was issued a black and yellow California license plate XSN 955 and that is the plate it has been registered to ever since. Mr. Freer's ownership of the car didn't last very long, as he sold it to a Mr. Nelson of Studio City, CA, on July 28, 1969. Mr. Nelson paid $5,400 for this 912 and the odometer reading at the time of sale was 8,500 original miles. Records are on hand from Mr. Nelson's ownership which spanned until 2003. The records detail regular maintenance and the type of care one would expect from a guy who owned a car for thirty-four years. Next up was Mr. Thompson who purchased from Nelson and kept the car until 2010. His record keeping and maintenance were on par with the prior owner and also on hand. The fourth and most recent owner, (name withheld for privacy, kept the car from 2010 until December 2020 when it was sold to European Collectibles. During his ownership maintenance was entrusted to one of our most esteemed local mechanics, Jack Staggs. On the most recent service (9/29/20, odometer 50,089) this 912 received a new battery, valve adjustment, oil change, the timing and dwell were set and the carburetors, which had just been rebuilt by Carburetor Rescue, were installed and tuned. Shortly thereafter, new tires were purchased and installed.

This is a very original 912 that has minimal paintwork over the years to keep it looking as presentable as possible while retaining originality. Paintwork can be found on the hood, roof and decklid were resprayed and the fenders, doors, are quarter panels haven't been repainted since it left the factory. The interior is in excellent condition. The odometer shows just over 50,293 miles and is a documented 150,293. The engine was rebuilt at 103,137 miles by Aurel and Don's Inc. Independent Porsche Service in North Hollywood, CA and several years later the gearbox was gone through, the clutch was done along with numerous seals and gaskets (125,038 miles) by the same shop. On the road, it drives beautifully and handles and feels like a car that has never been apart or left unused for a significant amount of time. Documentation includes the original maintenance record book, service log and records and a tool kit. This is one of the most original and best driving 912s we have had in a very long time.