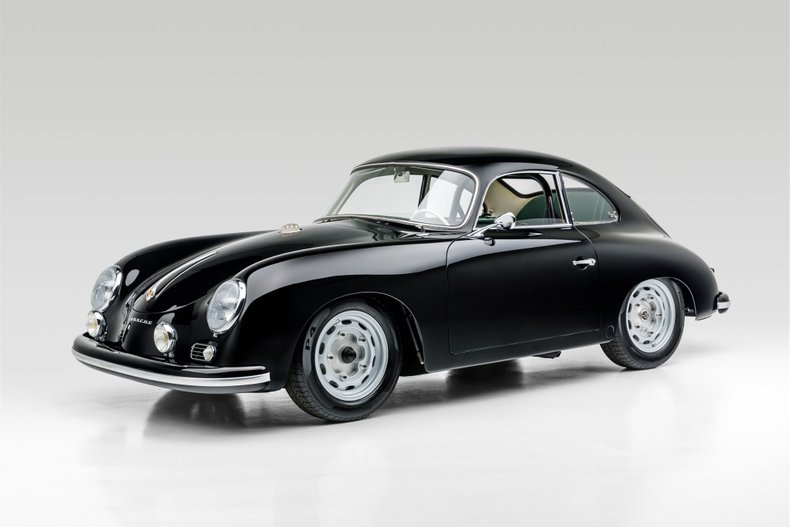 The past owner/builder purchased this 356 in the mid-2000s and over a 3-year period, restored this 356 from the ground up. Being a California 356 for several decades, the floor pans and battery box are very solid and well preserved. The GT Coupe has been driven to and shown at the North meets the South in Central California multiple times and also shown at the Southern California Porsche 356 Club concour in Dana Point and has won several awards.

Mechanically the 912 engine was custom built to 1900cc, Scat crank, Cunningham rods, JE pistons, 10.3:1 compression, twin-plug, the cylinder heads ports have been cleaned, polished and machined, HD valve springs, Elgin cam, full-flow oil system with front-mounted coolers, and piston squirters with approximately 140 horsepower. The 716 transmission has recently been rebuilt, it was completely disassembled, cleaned, and inspected. The stock gear ratio was used, all new bearings and four new synchros were installed as well as a reseal. Suspension: Koni shocks were installed with a front sway bar and the drum braking system including custom GT style air intake backing plates with reinforced control arms. The electrical system was also upgraded to a 12 Volt system.

This is a very enjoyable 356 to drive with a very powerful engine that accelerates quickly. The exhaust tone sounds great, the transmission shifts smoothly, and the four-wheel drum brakes stop this 356 straight. It is very rare to find a 356 T1 Coupe set up to GT specifications that has been restored to such high standards. A rare opportunity to quire a magnificent 356A Outlaw Coupe.