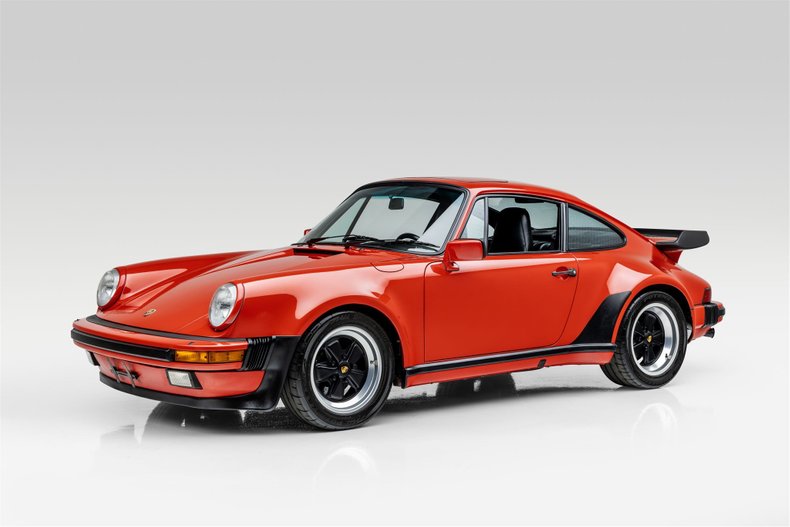 Originally sold to the first owner, Mr. Summers, on August 22, 1986, by Porsche Overland Park in Kansas. In accordance with the original Warranty & Maintenance booklet, all scheduled services were documented until 2004 where the Carrera had accrued over 35,000 miles. In 2004, Mr. McBride had the vehicle shipped from Texas to Washington where it remained for the next 10 years. Under McBride's, ownership services were largely performed at Aker's Porsche Repair Shop in Seattle, Washington. In 2014, McBride consigned his Wide Body Carrera with Park Place Ltd. where it was purchased by Mr. Palhegyi, who was from San Diego County. Mr. Palhegyi owned the vehicle for about a year before it was purchased by the previous owner. The most recent service, at 71,806 miles, was performed by Porsche of San Diego and included an oil and filter change, balance tires, and perform Porsche inspection.

Mechanically powered by its matching numbers (930/21) 3.2L flat-six engine producing 207 horsepower paired with a manual 5-speed transmission (915/73). Complete with history dating back to when it was sold new, thorough maintenance records, original owner's manual, original service booklet, and Porsche Certificate of Authenticity. A fantastic addition to any collection, this example has been thoroughly well-kept and fastidiously cared for.

History 911 M491 “Turbo-Look”
With the appearance of 911 Turbo in 1974 this name develops first generally usage of the enthusiasts, however, was chosen later also as an official term from Porsche "Turbo-Look", certainly cleverly more elective, on all markets concept slightly to be understood which explained by no means only the external appearance but walked along with the revaluation of the image of the otherwise rather simple Porsche 911 SC or Carrera. Immediately after the appearance of 911 Turbo, the first non-charged, narrow cars to the external appearance of the top-of-the-line model were adapted.

The option 491, the Turbo-Look, received an official move in the sales lists, and with it in the serial production, about 10 years after the presentation of 911 Turbo, so in the model year 1984. It was classified at this time still has an individual code and the correct name in the first years was: 491. First, the order was possible and was planned without the inclusion of the special wish department (today Porsche Exclusive) only for the Coupé. However, some cabriolets were still ordered and also provided with all insignia of the Turbo-Look, however, without having the option code I491 in the internal data sheets (Kardex). For these cars, the department "Sonderwunsch" was once more responsible.