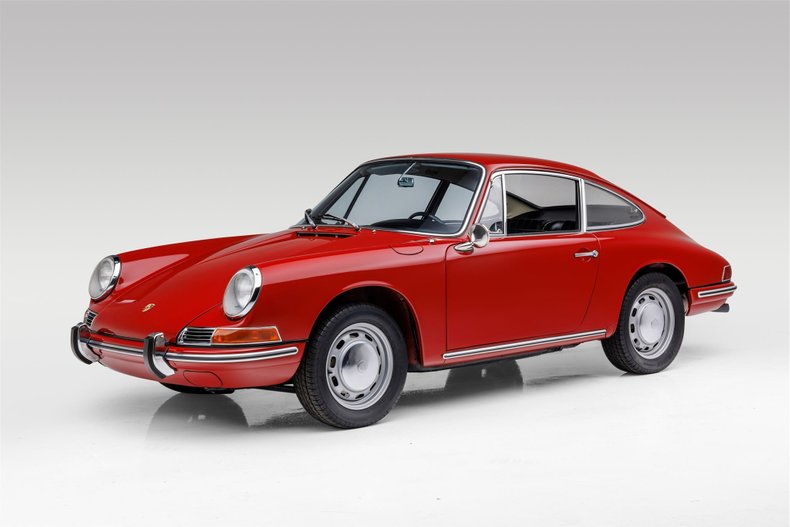 Complete with Certificate of Authenticity, original service booklet, two keys, original owner's manual, tool kit, spare, jack, and registration cards from 1967-2021. An excellent opportunity to purchase a beautiful 912 that has it all – condition, historical documentation, and a matching numbers driveline with a fresh engine rebuild.

History (1966-1969)
Today, all but true Porsche enthusiasts may have forgotten that the Butzi Porsche-styled 901 (aka, 911) had a four-cylinder twin for the first five years of production. Introduced in 1965 as a replacement for the venerable old 356, the new four-cylinder Porsche brought the 911's new design across the entire product line. A 912 is essentially a 911 body paired with a pushrod four-cylinder, which was actually a slightly detuned variant of the 356SC motor. While the 912 did weigh 133 pounds more than the old 356C, the new body was more aerodynamic and had an optional five-speed gearbox, (a $75 option for the 912), which aided performance. Upon its introduction, the 912 sold for $4,700, and it outsold the 911 by a margin of two to one.