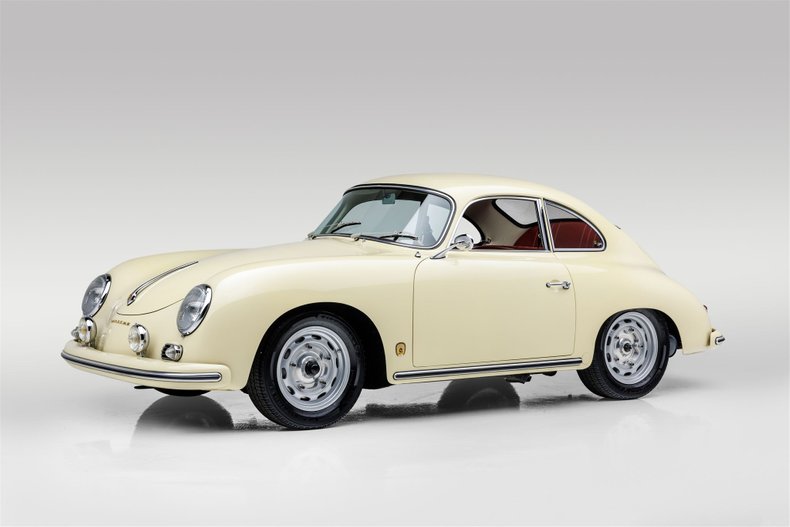 The earliest known history of the vehicle begins in 1998 where Mr. Anglin owned the vehicle from 1998-2002. On January 5, 1999, the 356 was taken to Dave Folts Transmissions in La Habra, California where the original 644 transmission was rebuilt with 741 transmission internals components with BBBD gear ratio. By this time the original engine had already parted with the vehicle and powering the driveline was a 356C engine (type 616/15). On January 23, 1999, Shasta Design, was commissioned to perform a full engine rebuild which included 912 crankshaft, standard main and rod bearing, 912 rods, Elgin 266.9 camshaft, Shasta 86mmn pistons and cylinders, Porsche valve springs, 200mm flywheel, 12-volt generator, Bosch distributor and Weber carburetors. On March 2, 1999, the gauges were sent to North Hollywood Speedometer to be restored. After trading hands in Southern California, the 356A landed in the hands of Mr. Slevin who decided to take his 356 to the next level. On March 3, 2003, Willhoit Auto Restoration was selected to reassemble the vehicle and the work performed included fitting the bumpers, fitting a roll bar, installing insulation, installing a completely new interior, wiring, and a full detail of the engine. After the build was complete the vehicle was sold by European Collectibles twice; once in 2005 and again in 2009. The recent owner of the vehicle has enjoyed this outlaw for the past 13 years and has serviced and maintained it over the years

Mechanically powered by an upgraded performance 1600cc flat-four engine that is capable of outputting nearly 110hp paired to an upgraded, smooth shifting manual 4-speed transmission. Complete with spare tire, Porsche technical manual, troubleshooting guide, and 24 years of service history. An excellent opportunity to acquire a well-executed and stunning outlaw that has been worked on by well-known 356 specialists.