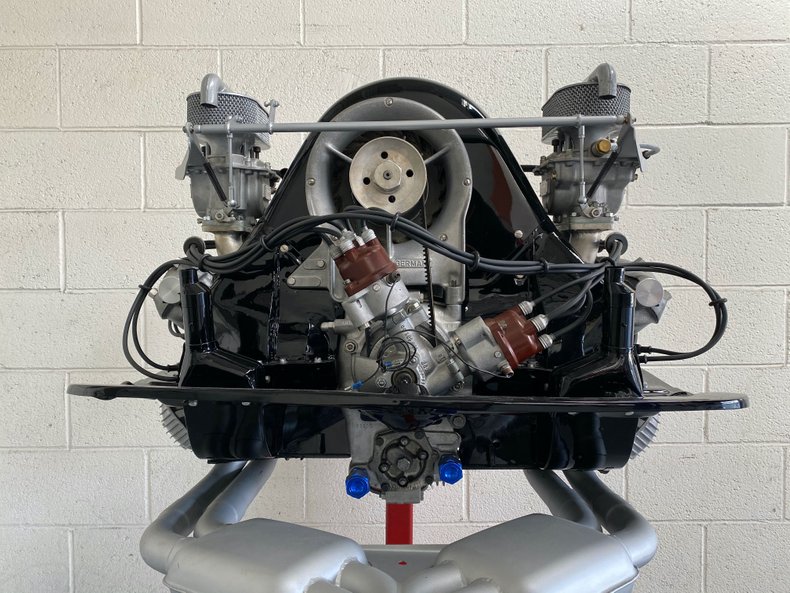 The 4-cam engine was completely disassembled to the bare case by marked 4 Cam expert. The crank was magnafluxed for cracks. New main and rod bearings were installed. The case was sent out to have the line bore checked by the machine shop. Layshaft was inspected, and new bearings installed. Rebuilt oil pump, new pistons, the original cylinders were relined, new rods, and main bearings. The cylinder heads had all the seats replaced with new valve guides, new valves, valve springs, and new drag levers. The cams were checked and were replaced if there was any signs of wear. The original distributors and carburetors were rebuilt by Carburetor Rescue. The flywheel, clutch, and pressure plate have all been balanced. All components have been Cad plated, the sheet metal and original air cleaners have been painted with a new stinger exhaust.

The engine has been run, tuned and sorted on the Dyno. This engine is totally complete and ready to bolt into a Carrera.