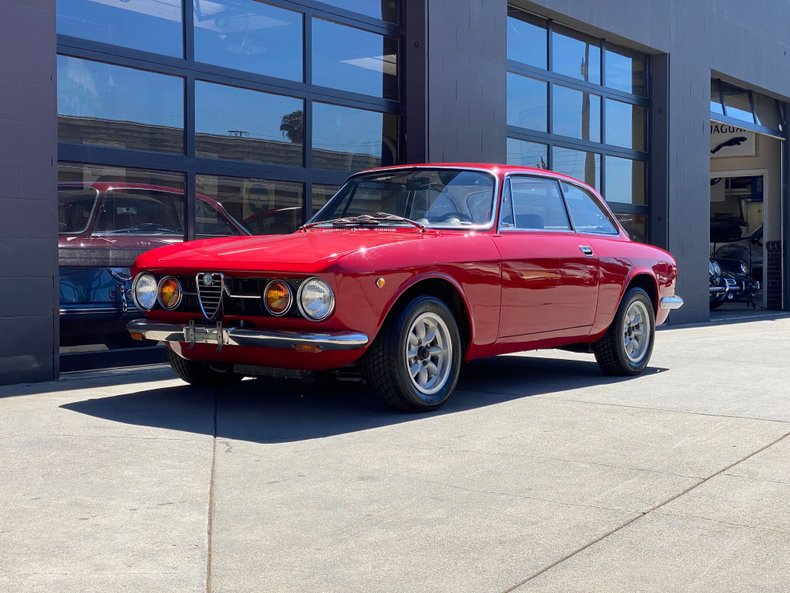 U.S. designated GTV finished in Red over a Black vinyl interior. The paintwork is very presentable and can be used in as-is condition. Exterior features quad headlights, factory Secursiv glass, and polished trim and chrome bumpers. The cabin features “flying buttress” front seats and a rear bench trimmed in black vinyl along with matching door panels and carpets. Wood veneer accents the dash and center console, and additional features include front vent windows, Blaupunkt AM/FM radio, and additional gauges for monitoring fuel level and water temperature. Silver 14″ steel wheels are mounted to Yokohama AV1-60 - 195 60 R14 tires. The undercarriage remains in excellent condition with no signs of any rust.

Powered by a 1,750cc inline-four with SPICA fuel injection paired with a five-speed manual transmission and four-wheel disc brakes. According to the past owner, the engine and transmission have been rebuilt but was never started. The engine does turn over and will fire with external fuel but will need fine-tuning. Offered with a clean California title, this GTV does run and will need some fine-tuning but could be used as a daily driver or would be an excellent candidate for a full restoration in the future.

Giugiaro's Alfa Romeo 1750 GTV coupe was supremely elegant and quite usable, with a 5-speed transmission, four-wheel disc brakes, reclining seats, and full instrumentation. The 2000 model was available in Europe in 1971 but did not go on sale in the U.S. until 1972, where it's most easily distinguished by the grill with multiple horizontal slats. Top speed remained about the same as the 1750 at around 120 mph, though aficionados note that the bigger displacement trades low-end torque for the high-revving willingness of the earlier motor.