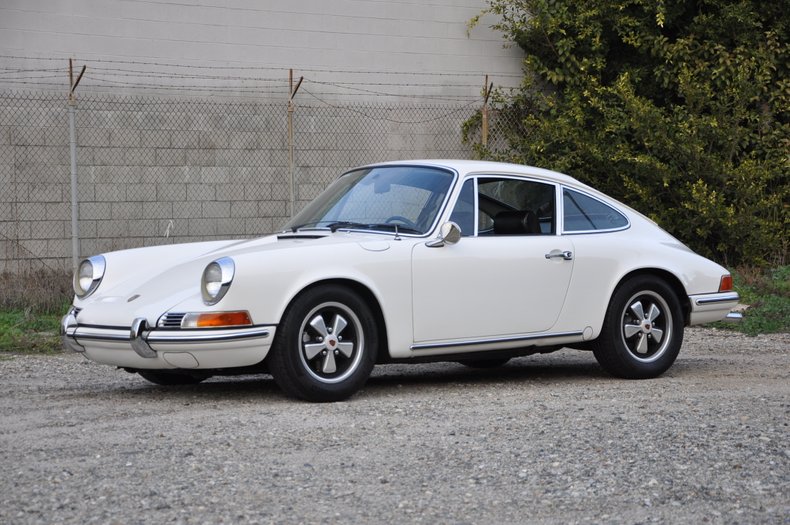 Concerned that the considerable price increase of a Type 911 with "flat" six-cylinder power plant over the Type 356 would cost the company sales and narrow brand appeal, in 1963 Porsche executives decided to introduce a new four-cylinder entry-level model. Like the 911 (original internal factory designation "901"), the four-cylinder 912 was originally known at Zuffenhausen by a number with a zero in the middle, but the "902" designation was never used publicly. ("912" as project number was used after 1968 to indicate the 12 cylinder flat-engine developed for Porsche 917 racing car)

As production of the 356 model concluded in 1965, on April 5, 1965 Porsche officially began production of the 912 coupe.[6] Styling, performance, quality construction, reliability, and price made the 912 a very attractive buy to both new and old customers, and it substantially outsold the 911 during the first few years of production.

This 912 is an excellent example of the breed. It's a very correct 1969 finished in Light Ivory with a Black interior. Numbers matched engine and optional 5 speed transmission are still with the car. Nice paint and interior, a very clean 912 with recent service and truly is an amazing 912 to drive! California black plate car that is rust free and runs as it should. Complete with Certificate of Authenticity, tools, jack and owner's manual. One of the few classic Porches left that is still a value today.