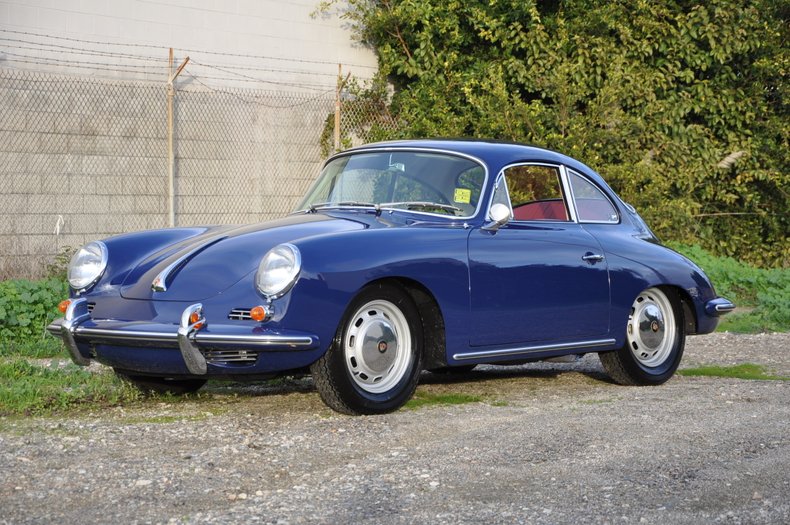 California car from new, black plates, with records going back to the late 1970's. It has received top quality bare metal restoration with approximately 1000 miles on the rebuild. Bali Blue with a full Red leather interior from Auto's International. All the chrome and bright work has been redone. New rubber was installed throughout the car. The mandate was "to do once & do it right". Additional options include deluxe horn ring, head rests and fog lights.

The 1600 SC engine has been completely rebuilt with a big bore kit, full flow oil cooler system, ceramic-coated factory muffler and detailed to factory spec. The 741 transmission, suspension, steering & braking system (new brake line, calipers and new master cylinder) were also rebuilt during the restoration. The undercarriage is nicely detailed. Correct date coded rims and Vredestein 165/80-15 tires were installed. All the instrument gauges have been restored including a “ticking” clock as per original specification.

This 1965 Porsche 356 SC Coupe is in excellent condition and drives as it should! Ready for cars & coffee, a car show or many miles of pure enjoyment. Very well sorted and correct.