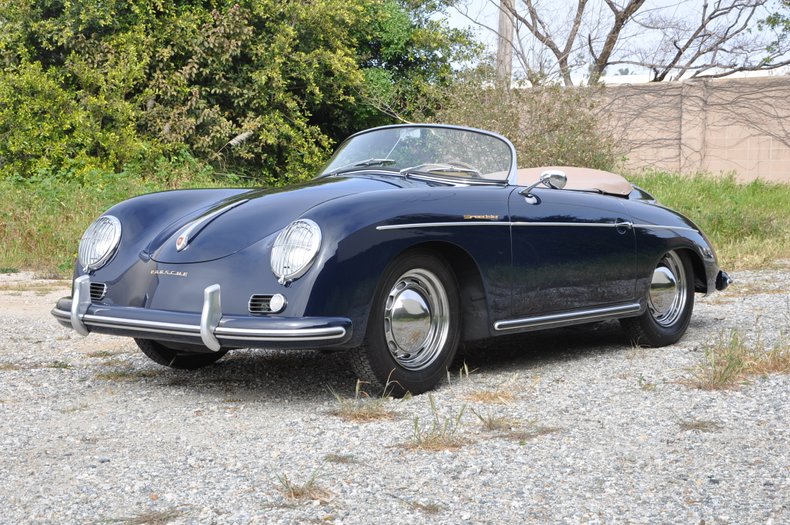 It's hard to believe, but Porsche design and the Germans in general were able to reboot and go from thinking about Tiger tanks to sports cars in the span of just three years. In 1948, the first Porsche 356 emerged from a converted sawmill in Gmund, Austria (the Allied occupation forces were the new residents of Porsche's Stuttgart, Germany offices).

European Collectibles sold this Speedster in 2007! The paint is in excellent condition with a new tan interior, German square weave carpets, new soft-top and boot cover. This Speedster has been driven and enjoyed. Drive it anywhere! Complete with the Porsche Certificate of Authenticity, owner's manual, spare tire, tools and jack.