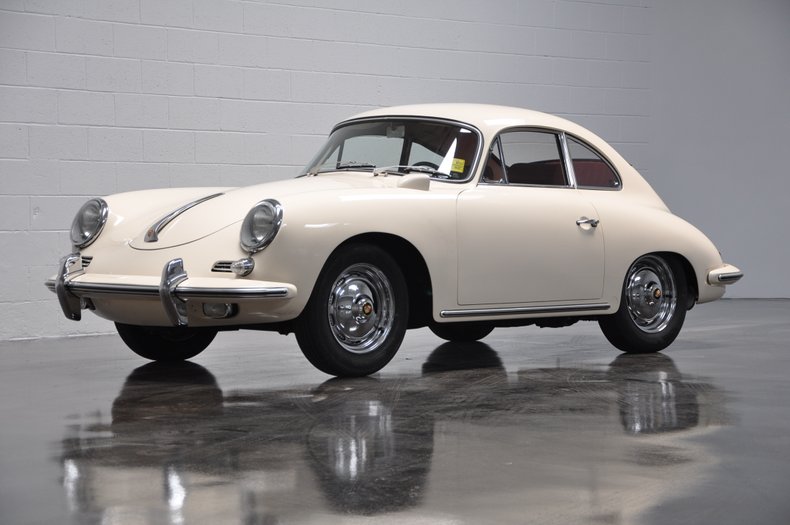 European Collectibles did an exquisite restoration on this 1960 SUPER 90 Coupe over a 24-month period from 2013 to 2015. During the restoration this 356 was completely disassembled so that every aspect could be properly addressed. Everything has been rebuilt including the 1600cc engine, 741 manual 4-speed transmission and drum brake system. Offered with tools, books and Certificate of Authenticity from Porsche confirming matching decks, doors and drive-line. Truly one of the best 1960 SUPER 90 Coupes that you will find with no issues. Opinions include: Hella 128 fog lights, GT mirror, headrests and clock. Everything has been restored; finished in a beautiful factory original color Light Ivory with Red. A true dream to drive!