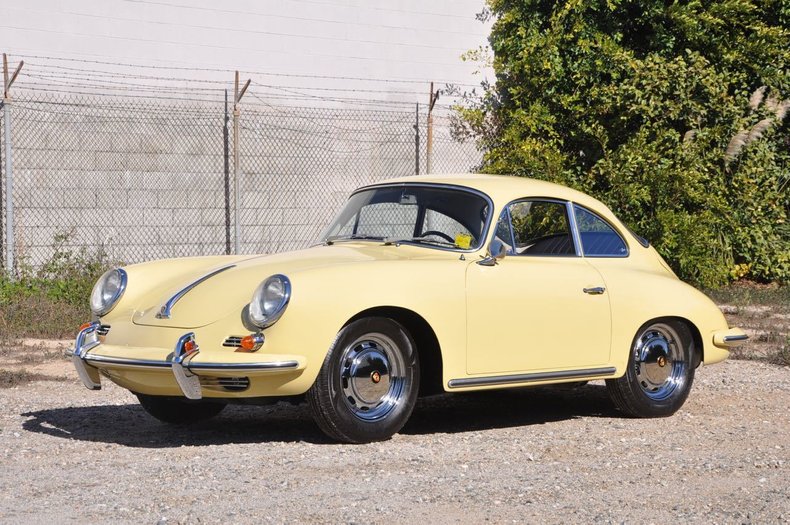 The Porsche 356 is a luxury sports car which was first produced by Austrian company Porsche Konstruktionen GesmbH (1948-1949), and then by German company Dr. Ing. h. c. F. Porsche GmbH (1950-1965). It was Porsche's first production automobile. Earlier cars designed by the Austrian company includes Cisitalia Grand Prix race car, and the Volkswagen Beetle as well as Auto Union Grand Prix cars were designed by the German company.

In late 1959 significant styling and technical refinements gave rise to the 356B (a T5 body type). The mid-1962 356B model was changed to the T6 body type (twin engine lid grilles, an external fuel filler in the right front wing/fender and a larger rear window in the coupé). It is interesting to note that the Porsche factory didn't call attention to these quite visible changes with a different model designation. However, when the T6 got disc brakes, with no other visible alterations, they called it the model C, or the SC when it had the optional extra powerful engine.

This is a factory SUPER (75 horse power), re-painted by European Collectibles, a complete new interior was just installed with German square weave carpets and leather front seats, the undercarriage has been stripped to steel and fully detailed. Excellent mechanical condition. Fully serviced and ready to enjoy!