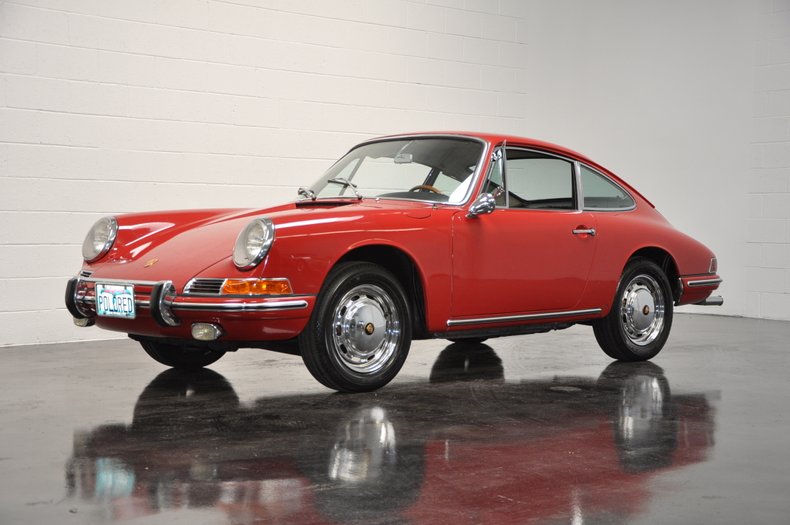 A compression test revealed that there was a burned valve so he took the engine to Scotts Porsche in National City, CA to be evaluated by Jacques La Friant a recognized Porsche mechanic in Southern California.

Jacques discovered that aside from the bad valve the engine was in great condition, the main bearings were replaced as the engine was apart and the bearings were STANDARD. The crank and camshafts did not need be turned. A NOS Mahle 1600 pistons and cylinder set was located at the Parts Shop in Huntington Beach, CA. Jacques also evaluated and opened the transaxle, he found that it was also in very good condition. Jacques recommended that he replace the synchros since they were available and the transmission case was open. The engine and transaxle were both blueprinted, balanced and sealed. A full flow oil filter was installed with the returned line fitted into the 3rd member. A high performance aluminum oil cooler was installed.

The interior has been refreshed up but the seats are original. Original Hella 128 fog lights, upgraded seat belt buckles and the wooden steering wheel has been professionally refinished. The original .022 distributor was restored and is included, but the distributor in the engine is a modern RSR012 with Pertronix ignition. The starter is a modern reduction gear starter and the half shafts have been upgraded and updated. The pedal assembly has been restored with bronze bushings and the shifting mechanism has been rebuilt.

Recently serviced with the oil changed and valves adjusted about 50 miles ago. New Koni front struts, brake rotors, brake pads, wheel bearings and seals were replaced at the time of the service.

Over the past 12 years the 912 has been driven about 4,000 miles. The current owner is now 73 years old and only drove the car 100 miles last year. It is time for someone else to enjoy and drive this POLORED 912. Included with the car is the original tool kit, jack, bra that originally bought with the car, car cover, original owners manual, order for repairs, restoration manuals and original leather key pouch that came from the 1st owner in 1967.