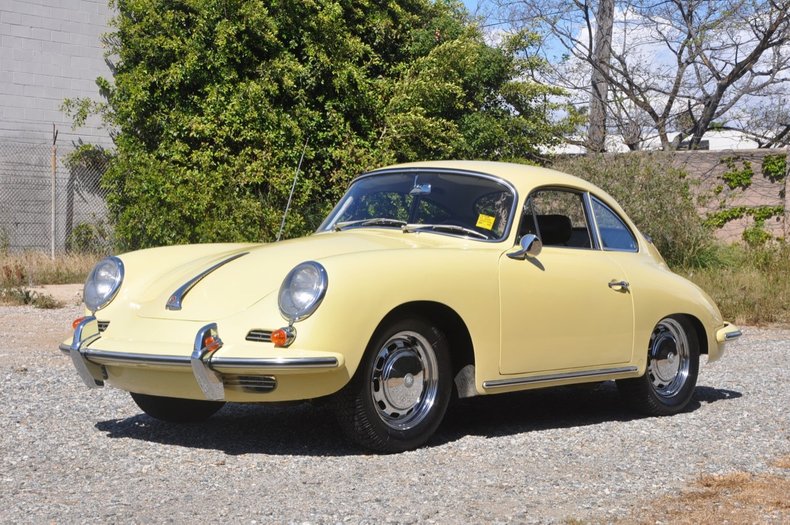 The last revision of the 356 was the 356 C introduced for the 1964 model year. It featured disc brakes all round, as well as an option for the most powerful pushrod engine Porsche had ever produced, the 95 horse power (71 kW) "SC". 356 production peaked at 14,151 cars in 1964, the year that its successor, the new 911, was introduced to the US market (it was introduced slightly earlier in Europe). The company continued to sell the 356 C in North America through 1965 as demand for the model remained quite strong in the early days of the heavier and more "civilized" 911. The last ten 356's (cabriolets) were assembled for the Dutch police force in March 1966 as 1965 models.

This is a one owner 356, purchased new from Five Star Motors, Inc in Coos Bay, Oregon June 20, 1965. It was then brought to Southern California in the late 1960's. One re-spray was done about 20 years ago. The interior and undercarriage are all original. All matching numbers, truly an amazing example. This original condition is rarely found. Complete with original invoice and window sticker.