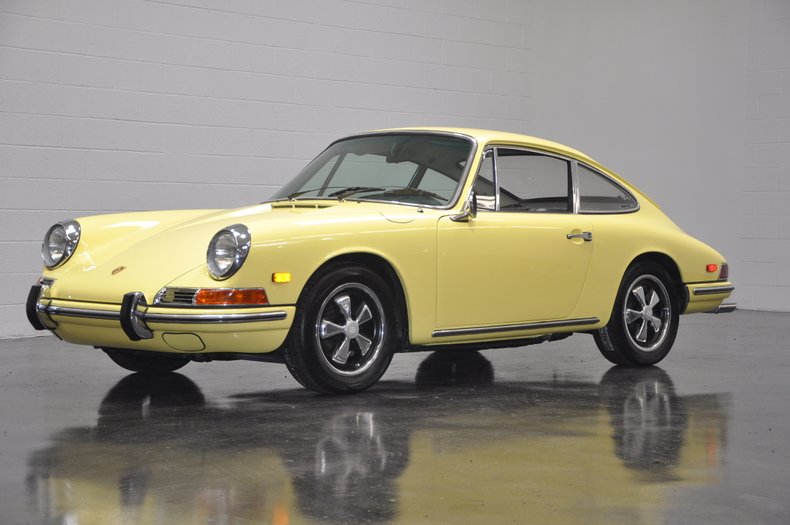 In 1968 Porsche updated the 912 with a unique interior featuring black and white gauges, a padded dash, headrests, and doors with integrated door pockets and armrests. This gave the 912 the same interior that the 911 enjoyed. Other 68 only features included side reflectors and for the first time, an exhaust emissions system that required an external belt driven pump. Porsche's solution lead to cracked heads and most 912 survive today without the pump.

This was my first car; that my Dad purchased for me in 1984 for my 16th birthday. It is the same year that I was born! I drove it through high school and college but parked it in 1992 when I had my first son and then moved to Northern California. The 912 stayed in my parent's garage in Highland, California until 2014. I have always loved this 912, and have a lot of sentimental attachment to it. I had always planned on driving it again, but kids and life kind of got in the way of that. I had originally thought I would restore it and keep it, but I realized after the restoration that this 912 needs someone who has time to enjoy it, and that is something that I'm just not capable of doing right now. I really just want someone to love it as much as I have all these years. It is truly a great car!

The owner just finished a beautiful restoration including; paint, interior, engine, transmission, and brakes. Finished in Light Yellow with a Black leatherette interior, you will note that it even has the 1968 only smog pump. It's restored to its original condition. As it was well known for how evil it was, this pump is only cosmetically restored only for show. If you have been looking for a well restored, dry & rust free, restored 912, look no further!

As production of the 356 model concluded in late 1965, Porsche officially began production of the 912 coupé. Styling, performance, quality construction, reliability, and price made the 912 a very attractive buy to both new and old customers, and it substantially outsold the 911 during the first few years of production. Porsche produced nearly 30,000 912 coupé units and about 2500 912 Targa body style units (Porsche's patented variation of a cabriolet) during a five-year manufacturing run. In January 1968, Porsche made available a Targa 'Version II' option ('hard window Targa') with fixed glass rear window, transforming the Targa into a coupé with a removable roof.