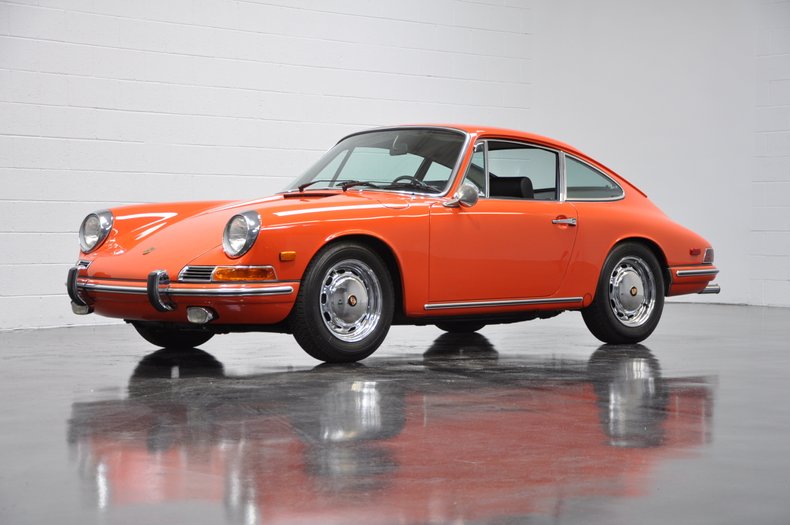 The vehicle was purchased in 2012 from a prominent Porsche enthusiast in Madison, AL. The car was owned by Jim "Chappie" Chapman for three decades. This 912 went through a professional mechanical top-end (big bore) rebuild and cosmetic restoration including bare metal paint refresh. The exterior was finished in a Tangerine/6809 color. The black leatherette interior, German carpets, and the headliner is in exceptional condition.

In June of 2014, the car was awarded "First in Class" Sports-Contemporary (1960-1985) at the 37th Annual Ault Park Concours d'Elegance. Later, it won the prestigious Ohio Valley Region Porsche Club of America Howard Rapp Memorial Concours d'Elegance "Best in Show" for the Year 2014 out of 785 members. In June of 2015, the car was carefully chosen by the Chairman of the PCA National Nominating Committee to be featured in a distinct Heritage & Historic Display for the 50th Anniversary of the Porsche 912. In December of 2016, the car won the respected “Porsche 356 Car of the Year” for 2016 out of 75 members in the Drei Staaten Gruppe for Porsche 356 enthusiasts in a three-state region. It was the first time in the club's history that this award went to any model other than a Porsche 356.

In 1968 Porsche updated the 912 with a unique interior featuring black and white gauges, a padded dash, headrests, and doors with integrated door pockets and armrests. This gave the 912 the same interior that the 911 enjoyed. Other 68 only features included side reflectors and for the first time, an exhaust emissions system that required an external belt driven pump. Porsche's solution lead to cracked heads and most 912 survive today without the pump.