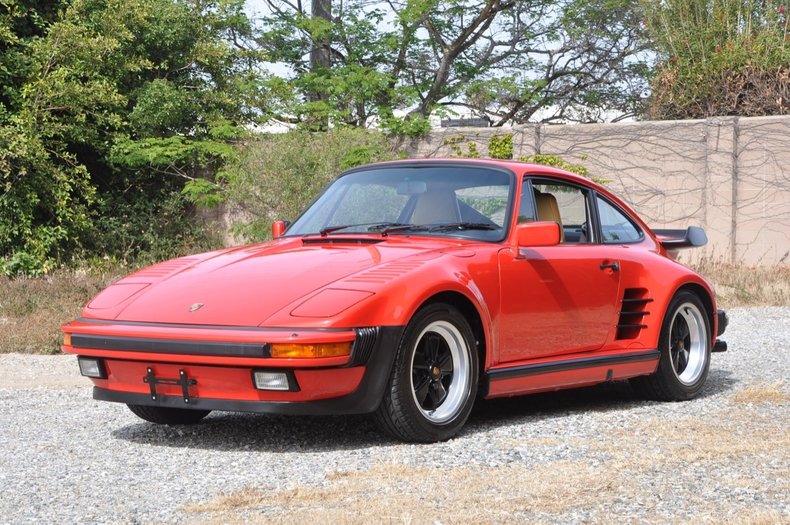 Porsche began experimenting with turbocharging technology on their race cars during the late 1960s, and in 1972 began development on a turbocharged version of the 911. Porsche originally needed to produce the car in order to comply with homologation regulations and had intended on marketing it as a street legal race vehicle like the 1973 Carrera 2.7 RS.

Ferdinand "Ferry" Porsche, who was running the company at the time, handed development of the vehicle over to Ernst Fuhrmann, who adapted the turbo-technology originally developed for the 917/30 CAN-AM car to the 3.0 litre flat-six from the Carrera RS 3.0, creating what Porsche internally dubbed as 930.

Porsche badged the vehicle simply as "Turbo" (although early U.S. units were badged as "Turbo Carrera") and debuted it at the Paris Auto Show in October 1974 before putting it on sale in the spring of 1975; export to the United States began in 1976.

The 930 proved very fast but also very demanding, prone by its short wheelbase and rear engine layout to oversteer and plagued by significant turbo-lag.

Porsche offered a "Flachbau" ("slantnose") 930 under the "Sonderwunschprogramm" (special order program) beginning in 1981, an otherwise normal 930 with a 935-style slantnose instead of the normal 911 front end. Each Flachbau unit was handcrafted by remodeling the front fenders. So few were built that the slantnose units often commanded a high premium over sticker, adding to the fact that they required a premium of up to 60 per cent (highly individualized cars even more) over the standard price. Several sources claim the factory built 948 units. The Flachbau units delivered in Europe usually featured the 330 hp (246 kW) performance kit.

It was in 1984 that Porsche produced the fastest of the 930 Turbos with exhilarating pace 0-60 in 4.6 seconds with a top speed of 278 km/h. These are the cars in greatest demand.

Porsche re-introduced the 930 to the Japanese and U.S. markets in 1986 with an emission-controlled engine producing 282 PS (207 kW; 278 hp). At the same time Porsche introduced Targa and Cabriolet 930s, both of which proved popular.

Porsche discontinued the 930 after model year 1989 when its underlying "G-Series" platform was being replaced by the 964. '89 models were the first and last versions of the 930 to feature the G50 transmission, a 5-speed manual transmission. A turbo version of the 964 officially succeeded the 930 in 1991 with a modified version of the same 3.3 litre flat-6 engine and a 5-speed transmission.

This is a stunning example of a 505 factory Slantnose Coupe – $23,826 option. Very rare find with original paint and original interior. Always a San Diego, California car, in beautiful condition and is ready to enjoy with extremely low miles. Classic color combination.