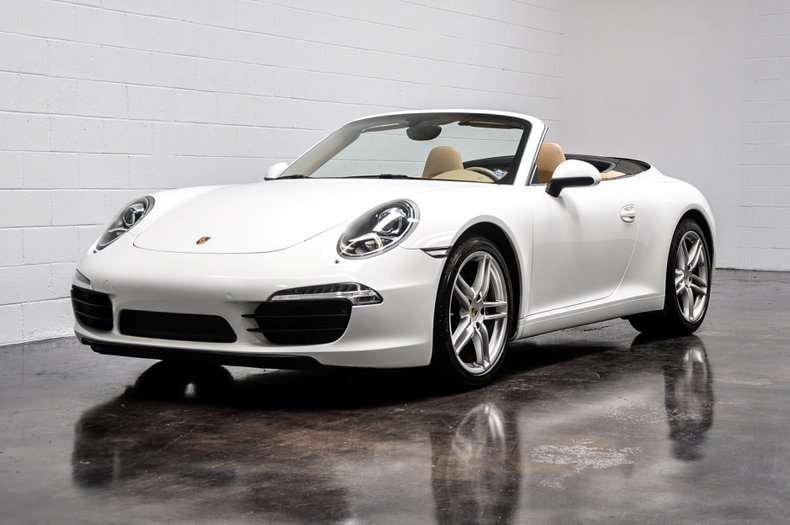 Two (2) owners, Sold by Garber Porsche in Rochester, New York October 2012 then shipped to Los Angles, California in 2013. First serviced by Beverly Hills Porsche with only 59 miles on April 10, 2013. California car for the past 5 years and it is in immaculate condition. All original paint finished in White with a Luxor Beige interior.

As usual for the Porsche 911, the 991 generation is an evolutionary design step. Two basic principles were strictly respected: the roof line is less arched and tapers down into the rear, and the front wings are higher than the lid.