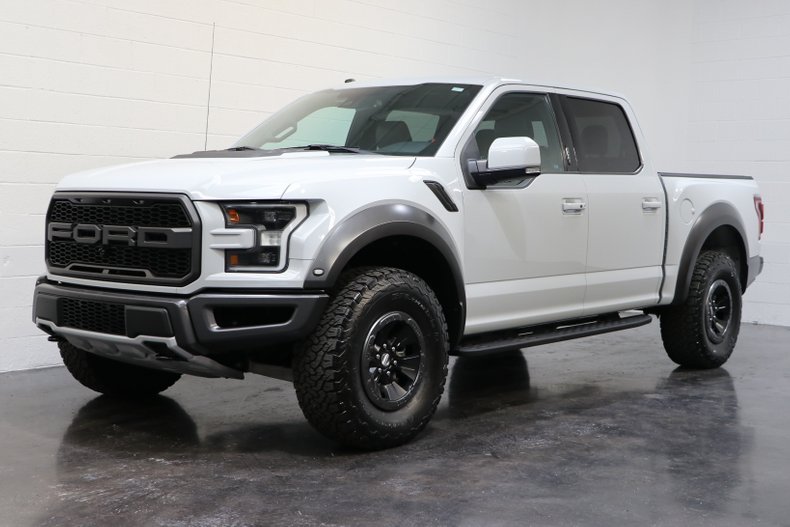 One owner originally delivered new on June 5, 2017, from Sam Pack's Five Star Ford in Plano, Texas and shipped to Costa Mesa, California. Finished in Avalanche with Black leather upholstery. Over the year and a half of ownership, the vehicle has always been serviced at Theodore Robins Ford in Costa Mesa, CA. All original paint, in excellent condition. The 3.5L V6 Eco Boost engine with its electronic 10-speed automatic transmission delivers plenty of power and performance. Retailed new for $70,520 and of that, over $16,000 were highly desirable optional upgrades from the dealer to enhance the overall driving experience.

The thirteenth-generation Ford F-Series was introduced for the 2015 model year. Largely previewed by the Ford Atlas concept vehicle at the 2013 Detroit Auto Show, the new design marked several extensive changes to the F-Series design. In the interest of fuel economy, Ford designers reduced the curb weight of the F-150 by nearly 750 pounds, without physically altering its exterior footprint. To allow for such a massive weight reduction, nearly everybody panel was switched from steel to aluminum (with the exception of the firewall); the frame itself remains high-strength steel.[8][9] To prove the durability of the aluminum-intensive design, during the development of the thirteenth-generation F-Series, Ford entered camouflaged prototypes into the Baja 1000 endurance race (where the vehicles finished). The 2015 F-150 was the first pickup truck with adaptive cruise control, which uses radar sensors on the front of the vehicle to maintain a set following distance between it and the vehicle ahead of it, decreasing speed if necessary.