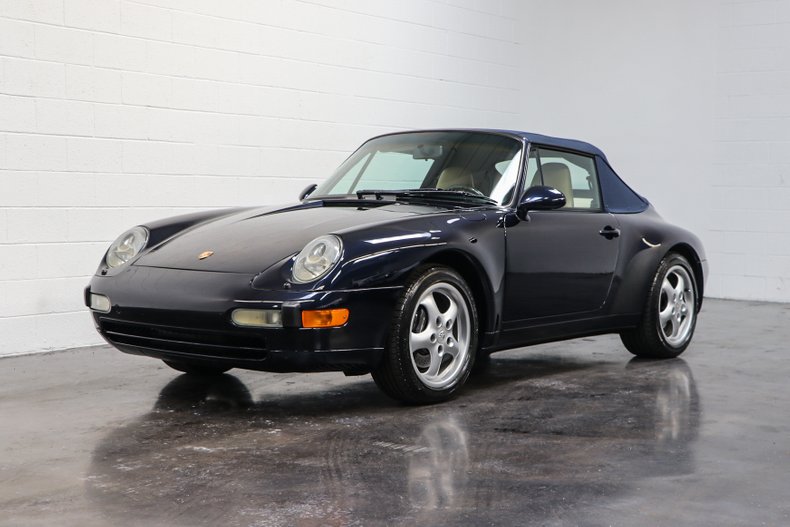 Four (4) owners, California car. Finished in Midnight Blue Metallic with Cashmere Beige interior. Previous owners serviced & maintained the 993 throughout its life. Great over all condition and everything works. 3.6L flat-six engine producing 282hp, smooth shifting 6-speed manual transmission and four-wheel disc brakes. From 2010-2019, the 993 has been services at Auto Strasse, a Porsche repair shop in Costa Mesa, California. Great driver quality 993 that is ready to enjoy.

The new 911 Carrera debuted for 1994 in coupe body style only. The cabriolet followed in March 1994. US cars were introduced in April 1994 with the majority sold as 1995 models under option code 718. The 964-production ended in December 1993. The 993 production began in January 1994. The 993 had almost no parts carried over from the 964 except the roof and trunk lid. Lighter pistons and connecting rods with an upgraded engine management system raised the power of the 3.6L engine to 282 hp.