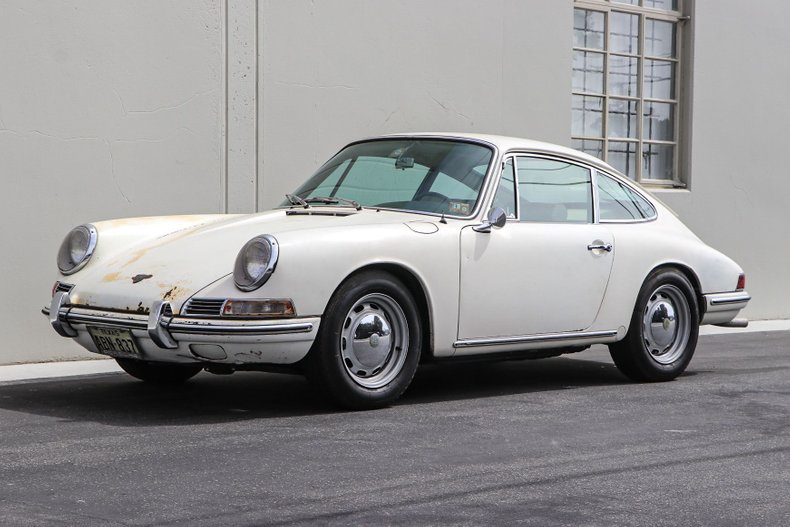 Originally sold to David Lippmann by Inter-Continental Motors Corp. in San Antonio, Texas on July 5, 1966. Services at Inter-Continental Motors Corp. & Northwood Porsche Audi in San Antonio, Texas from 1966 to 1971. In 1971 Lippmann moved to Austin, Texas where the 912 was serviced by Bob Miller Volkswagen, Inc. from 1971 until late 1975. The last registration sticker on the original Texas plate was from 1987 and the mileage on the 912 was 18,106 when it was parked and stored inside until European Collectibles, Inc. purchased it in 2018.

From 2018 to 2019, European Collectibles, Inc. was commissioned to complete a full mechanical restoration of the driveline & suspension. The engine was completely disassembled, and the case was split & checked, it still was the standard line and cam bore and did not need machine work. The original engine was rebuild included: new pistons & cylinders, rebuilt heads, main bearings, rod bearings, rebuilt rods, refurbished cam, the distributor & carburetors were rebuilt by Carburetor Rescue, all the sheet metal was powder coated, and the hardware was CAD plated. The transmission was completely disassembled and rebuilt, replacing the synchro's, bearings and gaskets. The exterior of the 912 was kept as is to preserve its original patina. Interior is mostly original. The gauges were completely disassembled, detailed and refinished. The floor pans & undercarriage were completely stripped to steel and were detailed to show condition including German undercoating, CAD plating & powder coating all of its original components. The suspension components were replaced using all new bearings, bushings, and shocks. Brakes were completely rebuilt including rebuilt calibers by PMB Performance, new brake pads, new rotors, and hoses. An excellent opportunity to acquire a very original time capsule in excellent mechanical condition and amazing documentation.

History
In the early 1960s, Porsche was planning to discontinue the Type 356, which would leave them with the newly-introduced Type 911 as their only product. Concerned that the considerable price increase of a 911 with flat opposed six-cylinder powerplant over the 356 would cost the company sales and narrow brand appeal, in 1963 Porsche executives decided to introduce a new four-cylinder entry-level model. Like the 911, the four-cylinder 912 was originally known at Zuffenhausen by a number with a zero in the middle, but the "902" designation was never used publicly.