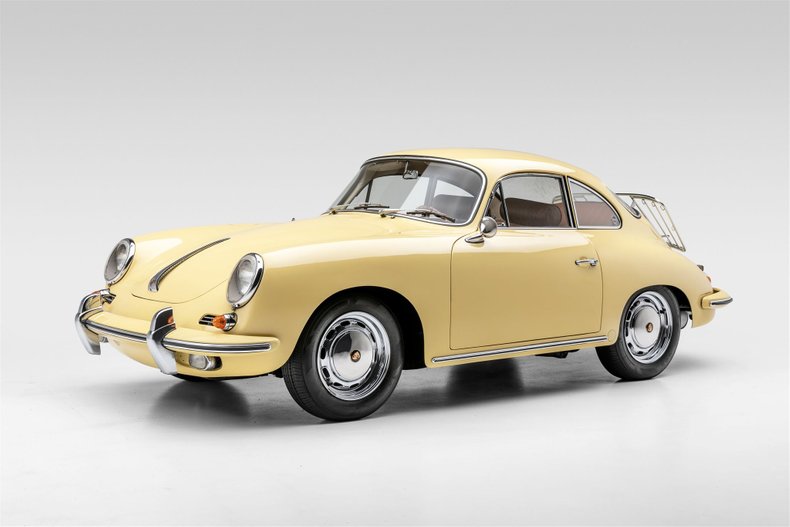 Completed on February 26, 1965, first owner Robert Johnson from Macon, Georgia. The next documented owner is from 1987-2014, purchased this 356 in Dana Point, California. Extensive service records going back 27 years, a complete engine rebuild was performed by Cooper Automotive Development and has been regularity serviced. In 2014 the 356 was sold to the past owner who did a cosmetic restoration including a complete repaint, chrome, rubber, and interior.

European Collectibles has gone through this 356SC and did a complete undercarriage detail documenting the original floor pans and battery box in steel. Engine out detail including all the sheet metal & heater boxes powder-coated, exhaust ceramic coated, and full service was just completed.

History
The 356 was a lightweight and nimble-handling rear-engine rear-wheel-drive 2-door sports car available in hardtop coupé and open configurations. Engineering innovations continued during the years of manufacture, contributing to its motorsports success and popularity. However, when the T6 got disc brakes in 1964, with no other visible alterations, they called it the model C, or the SC when it had the optional extra powerful engine. The last revision of the 356 was the 356C introduced for the 1964 model year. It featured disc brakes all round, as well as an option for the most powerful pushrod engine Porsche, had ever produced, the 95-horsepower (71 kW) "SC".