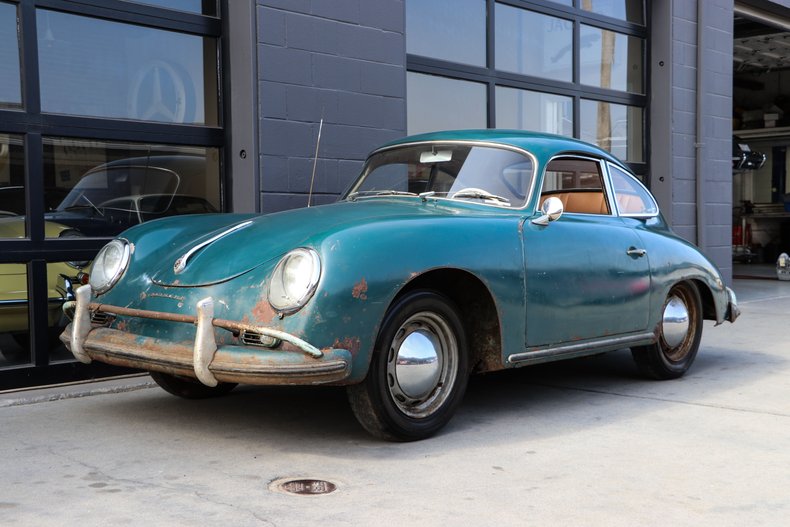 Originally delivered from the factory in (705) Fjord Green with brown upholstery. The options included sealed beam headlights and USA bumpers. Currently, this 356A Coupe presents itself in its original color combination needing a full restoration. Totally complete including gauges, engine, transmission, brakes, bumpers, front seats & rear seat, ect. When the vehicle arrived at European Collectibles we discovered that this A coupe still retains much of its original components which include: the original and date coded seat hinges, hub caps, wheels, fuel sending unit, gas tank, doors, bumpers, and decks. Mechanically this vehicle does not run or drive, but the driveline is matching according to the Certificate of Authenticity. Complete with spare wheel and Certificate of Authenticity. It is becoming very difficult to find 356 projects and very few are offered in an original condition such as this!

In late 1955, with numerous small but significant changes, the 356 A was introduced. Its internal factory designation, "Type 1", gave rise to its nickname "T1" among enthusiasts. In early 1957 a second revision of the 356 A was produced, known as Type 2 (or T2).