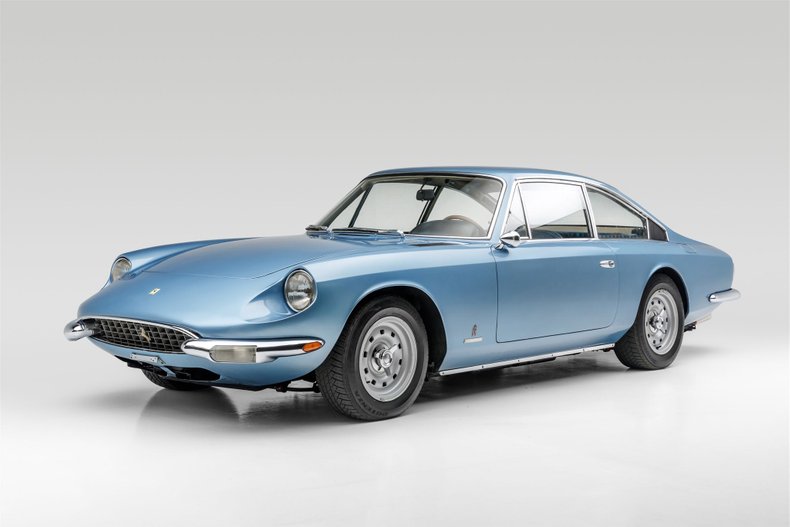 Originally believed to be delivered to a doctor in Modena, Italy from the factory. It was then purchased by an Air Force Captain and imported to Colorado. Later, it was sold to John Cannon in Denver who owned it for nearly three decades. It was rarely used during the last ten years of his ownership and he also painted the car in this timeframe. Bert Smith then bought the car in 1998 and had it maintained by RPM in Denver, Colorado. Work that was done on the car included the clutch being replaced, torque tube/drive aligned, new starter, new brake master cylinder, new tach gears, and tires. In February of 2001, Jeffrey Plansker from Pasadena, California then purchased the car. In 2012, Mr. Plansker sold the car through Fast Cars, LTD to Drivers Source in Houston, Texas. On May 12, 2012, the current owner purchased the car after seeing it in Houston, Texas while looking at a 1965 330 GT. For the past 8 years, it has been maintained by Fast Cars, Ltd. in Redondo Beach, California.

There has been one respray that was done over 30 years ago, and the paintwork shows some patina. However, the body is very straight and solid. The brightwork and glass are in good original condition and the 365 GT shows extremely well overall. The front seats are very comfortable, and the leather is in great condition. This is a very honest example of a Grand Touring V12 Ferrari that is presented in its original colors. Complete with the original tool roll, jack, owner's manual, and recent service receipts over the past 17 years. It is truly a pleasure to drive and retains its "matching number" driveline.