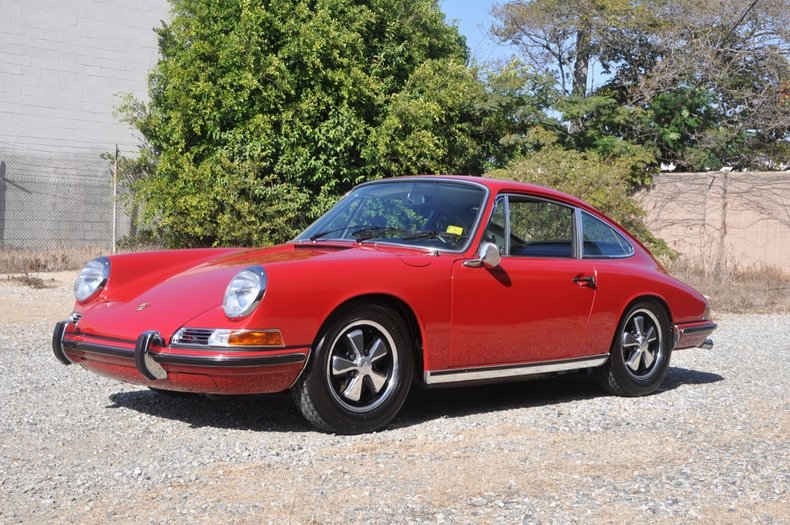 This car is the product of a year long restoration conducted by Special Edition, Inc. in Bremen, Indiana. This car was found in Texas where it was well known to a Porsche service garage in Houston. The car was originally delivered in Texas and remained there throughout; all four owners are known with full documentation and service history.The goal of this restoration was not to replace the car with a multitude of reproduction parts, but to restore and rejunvenate the car in order to retain it's originality.

After acquiring the car in August of 2015, the car was carefully disassembled and taken down to bare metal. It underwent a bare metal respray in Glasurit single stage paint in its original color (Polo red), and was wet sanded with the 3M Trizact system. All of the chrome and trim have been redone, and it remains faithful to its original condition with the exception of european lights and pepita seats. All of the hardware was appropriately replated and installed; all seals and decos were replaced.

The car features a completely original dash with a new dash cover. The gauges have all been sorted and work nicely, with the exception of the clock. The interior perlon carpet is new, as are the front and rear seats. The seatbelts are period correct originals from Willhoit Auto Restoration. The glass is original (Sekurit) all around, with the exception of the windshield.

The Koni suspension has been totally redone with Elephant racing bushings, Vredestein tires and restored Fuchs that are original to the car. The car was recently aligned and drives very well. The undercoating is new with original floors.

The 901 gearbox and engine have been fully rebuilt and gone through; the car starts right up and sounds lovely. The Dansk heater boxes and exhaust are new. The engine is a 1969 911T motor that has been totally overhauled; Brad Penn 20-50 oil was just changed, valves adjusted and timing set.